Poland have joined the YAA in 2013 for the second edition and ever since then, WrocLove has been on board. Later on more cities joined us and we welome Gdynia, Gdansk, Poznan, Rzeszow and Warszawa.

Wroclaw is the capital city of Lower Silesia region, located on the Odra river.

It is the largest city in western Poland, famous for its bridges, parks, palaces, historical monuments, nightlife and even dwarfs which can be met all over the city. A good place to start exploring Wroclaw is the fourteenth-century market square with a magnificent Gothic Town Hall and Basilica of St. Elizabeth with its tower rising to 91.46 meters which makes it a marvelous vantage point. You will also be enchanted by the small streets and courtyards of Wroclaw old town with hundreds of fantastic cafes and restaurants. There are also lots of places where you can find excellent murals and examples on modern art presented on the city walls. In your spare time you can rent a bike and spent your time riding along Odra river and enjoying yourself in many parks. When you are tired of the city life you can always spend some time in Wroclaw Afrykarium, where you can admire wild animals form a very close distance and even touch some of them. So, be prepared to spend quality time in our city since there are lots of great things to see and discover.

Kino Nowe Horyzonty (New Horizons Cinema) - the art-house film lovers should be familiar with this theatre as the location of three largest Polish festivals: New Horizons International Film Festival, American Film Festival and The Kids Film Festival. The New Horizons also takes care of the young audience – the New Horizons of Film Education, a year-long project is implemented in over 40 Polish cities making it the greatest initiative in Poland dedicated to film education.

The New Horizons Association, headed by Roman Gutek, runs the theatre and controls all of its programming. Its nine theaters now feature art and auteur cinema as well as quality independent middle-of-the-road cinema. The cinema offers various film education projects, broadcasts from the legendary The Metropolitan Opera, cinematic reviews and festivals, encounters with film for children and senior citizens, exhibitions and concerts. Additional attractions include the cinema’s bistro with delicious food at reasonable prices, a poster gallery, and a bookstore with film literature and DVD films on sale.

The New Horizons Cinema program was a part of the Wroclaw European Capital of Culture - 2016.

Warsaw, nurturing over 400 years of pride as a capital, is Poland's largest city and an economic, political, and cultural centre. 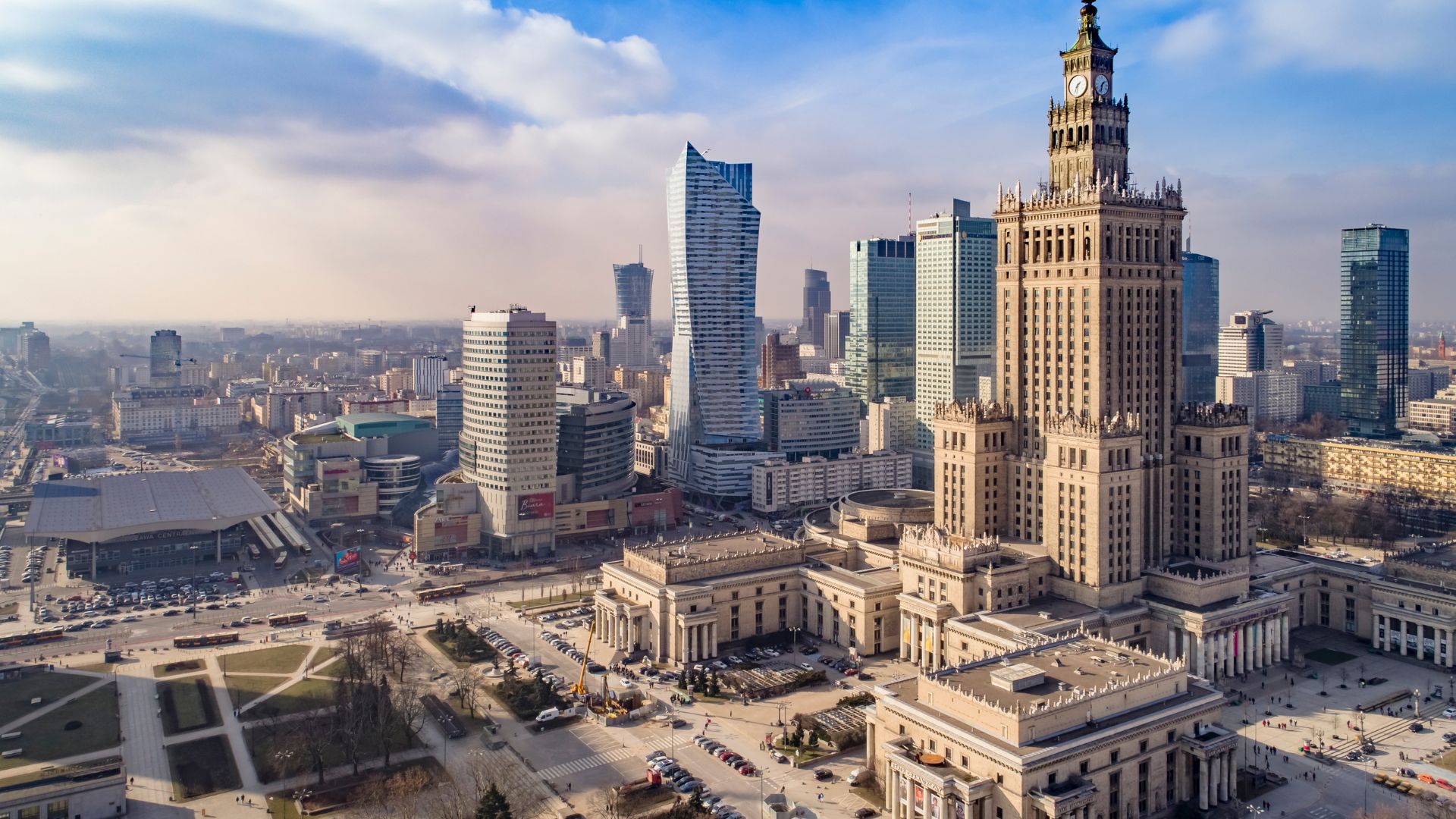 This amazing city is full of contrasts and surprises. Palaces, churches and architectural clusters are interwoven with the wide open space of squares, parks and city gardens.

Each city has a place that is its showcase and a must-see on any trip. In Warsaw, it’s the Old Town, entered on the UNESCO World Heritage List – it’s where the city’s heart has been beating for centuries. However, when you cross the Vistula River and look at the Old Town from a distance, you are struck by how unusual the panorama of the city is – skyscrapers rise above the red roofs of the Old Town. Historical buildings blend in harmoniously with modern architecture, and the city surprises us by revealing its second face. 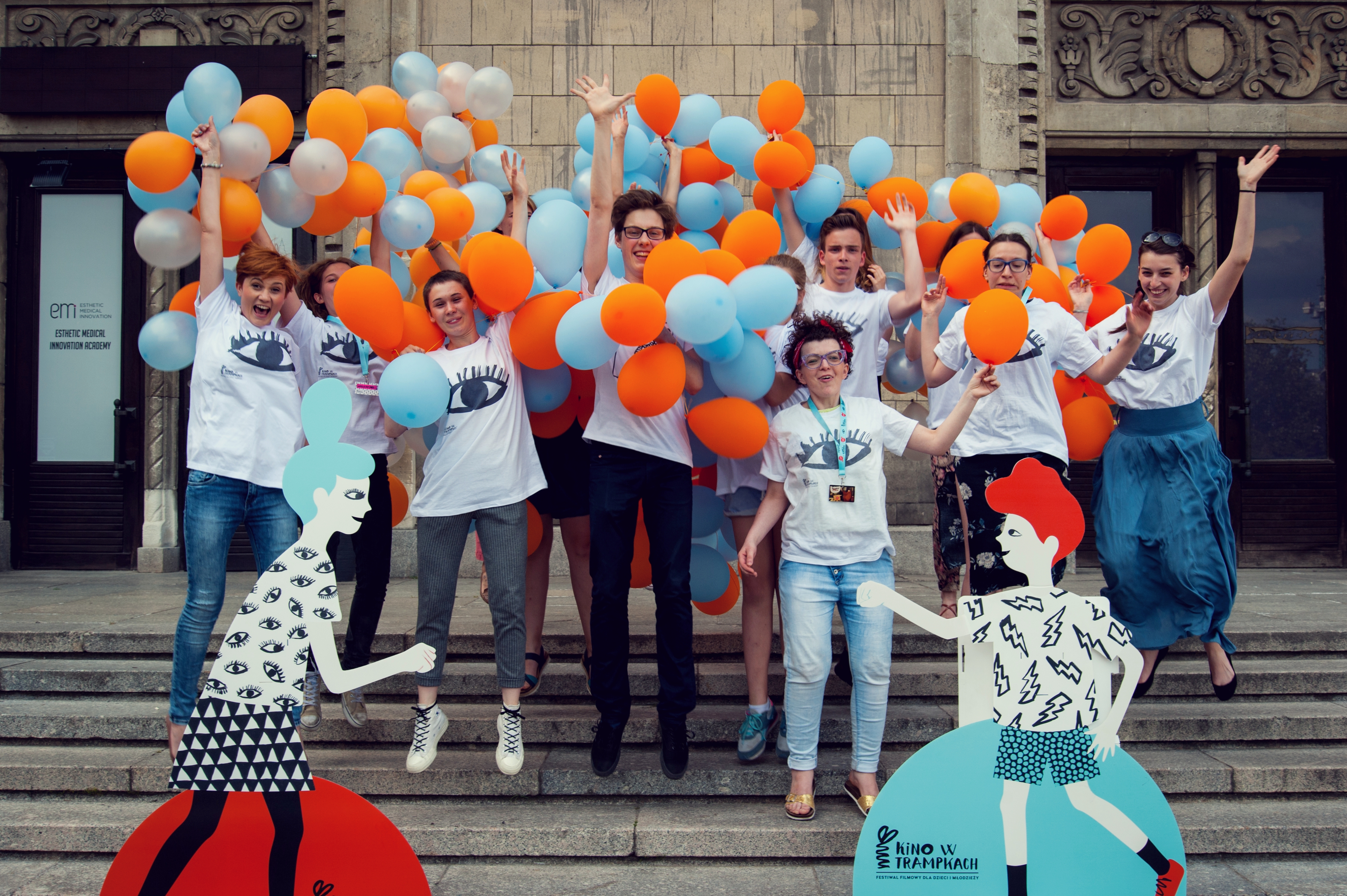 Cinema in Sneakers (Polish: Kino w Trampkach) is an annual film festival for children and youth held in Warsaw, Poland since 2013. There are few categories of movies presented during the festival. All films have age recommendations. The audience is presented with all kind of motion pictures: live-action films, documentary films, animated films, experimental films, all ranging from short to feature-length films.

During the festival there are film competitions. The winners are chosen by a Children's Jury and a Youth Jury. There are also audience plebiscite. The film festival Cinema in Sneakers consists of many different events. Beside watching movies, participants can participate in exhibitions, meet with festival guests, and attend workshops aimed to develop their media competence. The main award of the festival is the "Film - Wanderer" award. 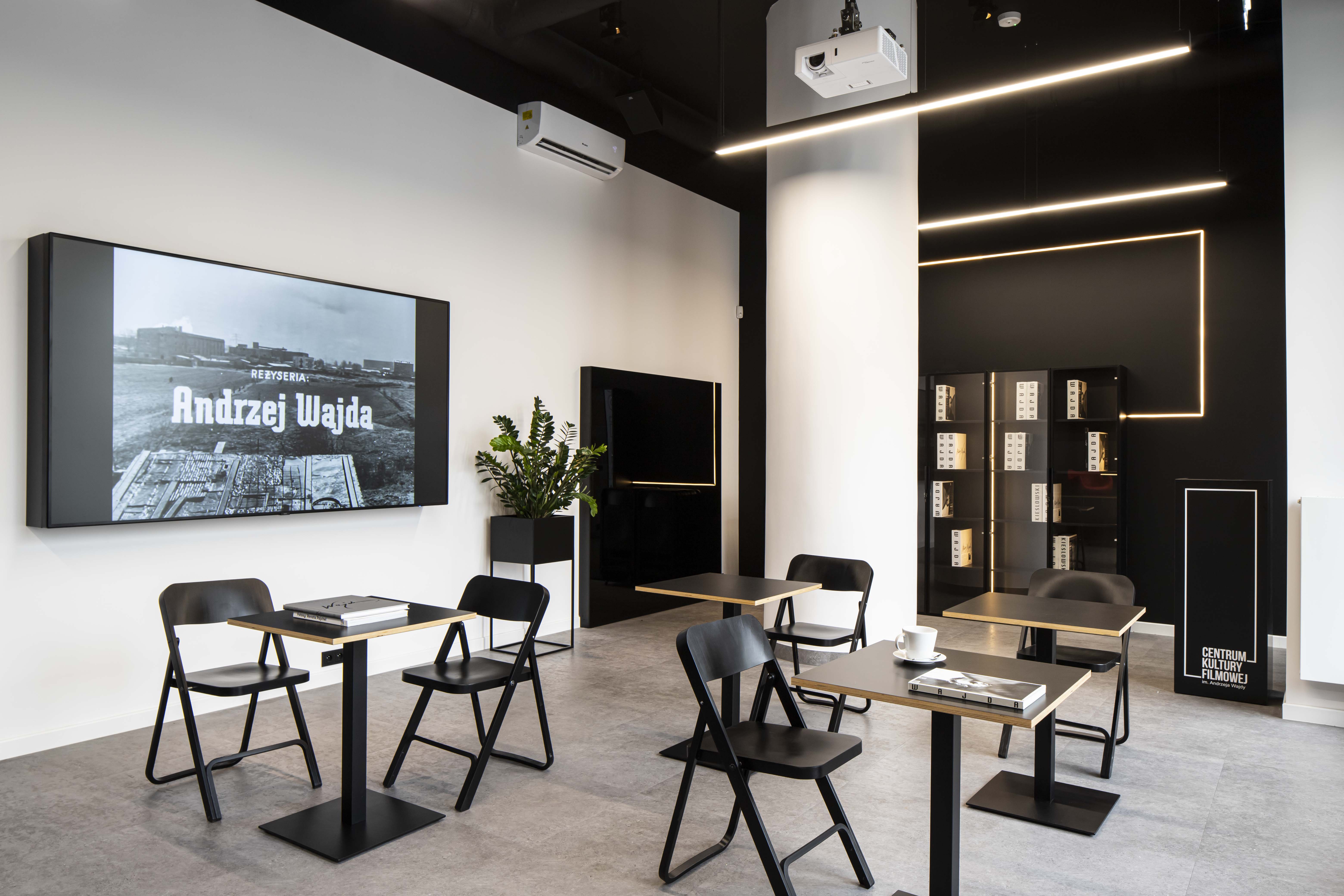 Rzeszów is the largest city in southeastern Poland. The history of the city begins in 1354. Rzeszów has found its place in the group of the most elite cities in Poland, with growing number of investments, rapid progress and a very high standard of living. It is also developing as a regional tourist destination; its Old Town, Main Market Square, churches and synagogues are among the best preserved in the country. 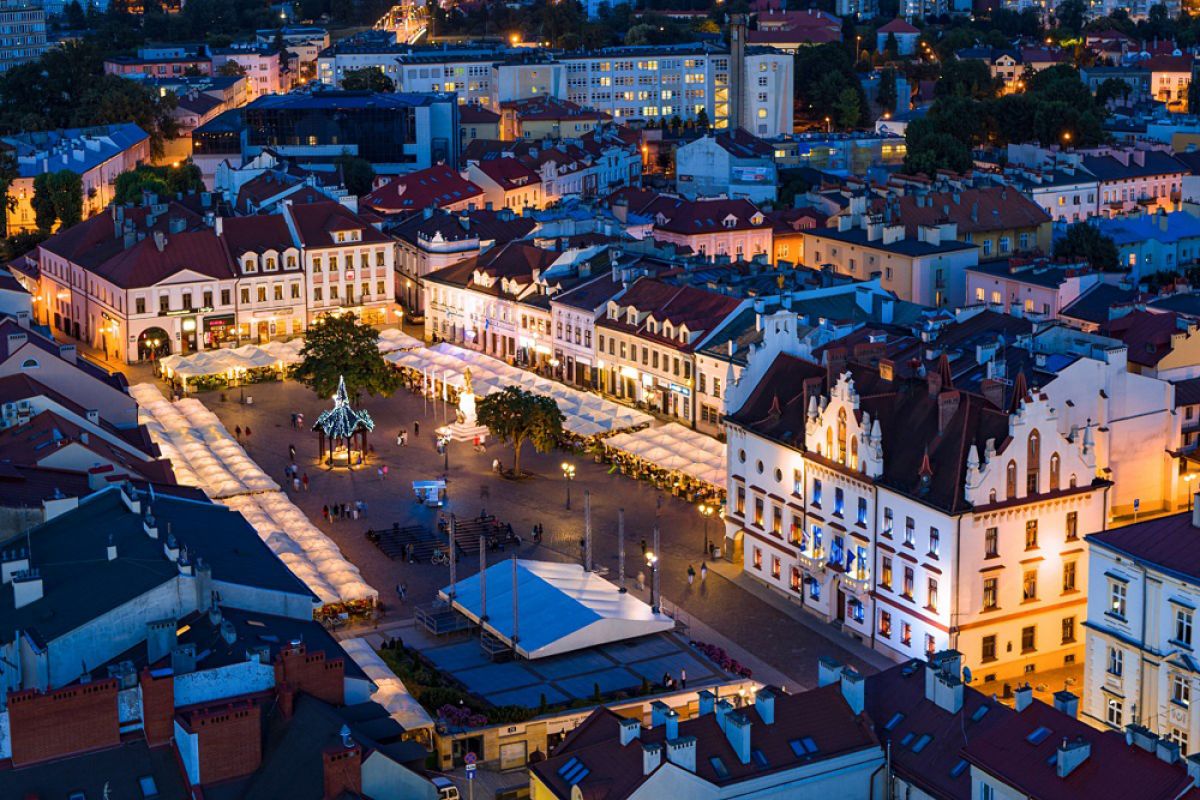 The Podkarpackie Film Commission was created in 2016 for those who want to profit from the film potential of our region. Its main area of activity is the full support of audio-visual productions – feature films, documentaries, promotional films and TV programmes. The commission supports filmmaking at all stages – from choosing the best locations, helping with the permits you require, up to reaching the audio-visual specialists and the production services in our region. The commission keeps a constantly updated database of shooting locations, local specialists and service providers.
In order to develop the competences of young filmmakers and grease their path to the creation of their first films the commission implements educational projects. In 2016 the commission established a financial support program meant for the films documenting places, people and events related to the region. This program is called the Podkarpackie Film Chronicle.
The Podkarpackie Film Commission operates the Podkarpackie Regional Film Fund - from which a producer may gain financial resources for feature film, documentary or animated cartoon. The funds, functioning on the basis of the co-production contribution, have been allocated within the framework of a competition since 2017.

Poznan is a city on the Warta River in Western Poland, best known for its renaissance Old Town and Ostrów Tumski Cathedral.

Poznan is a place where the energy of the New Europe is merged with the civilization of the West. A metropolis with over half-a-million residents, Poznan is situated in the most economically developed region of Poland. The Poznan International Trade Fair Centre successfully hosts large international events. Poznan cultural climate is formed by the wide range of entertainment on offer. Major international events hosted here include: Malta Festival - the biggest theatre festival in Poland, Dancing Poznan - which has been attracting dancers from all over the world, the Made in Chicago Festival - the only festival of the Chicago Jazz School in Europe , the Ethno Port Festival, International Animated Film Festival Animator and International Young Audience Film Festival Ale Kino! (info www.poznan.pl).

International Young Audience Film Festival Ale Kino!  is an international movie event held in Poznan in Poland since 1969. The festival focuses on more ambitious cinema addressed to children and young people. The main organizer of the festival is Children's Art Center in Pozna?. 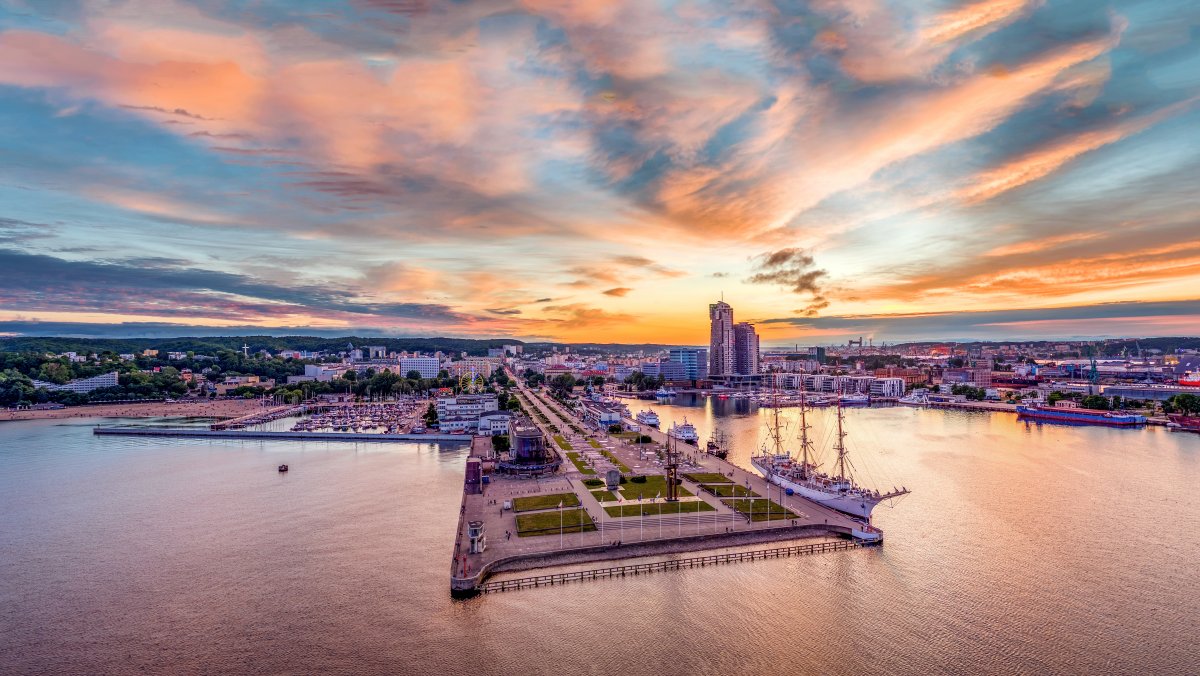 Gdynia is a Polish seaport city in the Gdansk Bay on the south coast of the Baltic Sea, a young, dynamic and rapidly developing city. It is referred to as “a city built on sea and dreams” since its foundation was the aftermath of Poland regaining independence after years of enslavement. On the sands of the Baltic Sea beach, a modern harbor city was built “from scratch”. 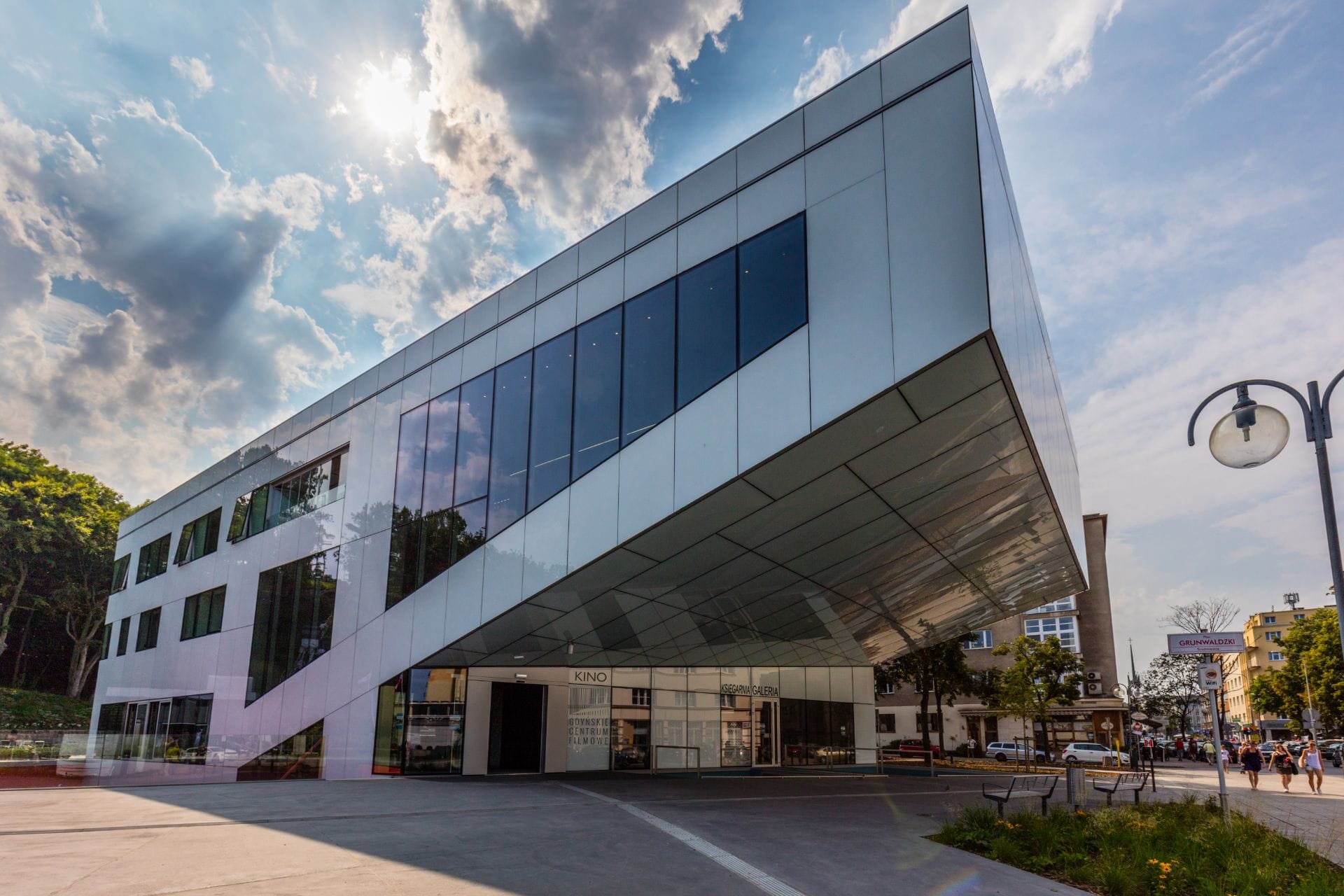 The best films from Poland and the world, photography exhibitions, discussions with filmmakers, film workshops. Gdynia Film Center is an important cultural meeting place in the center of Gdynia. It provides the inhabitants of the city and the region, as well as tourists, access to education, culture and entertainment related to valuable cinema.

The offer of Gdynia Film Center is addressed to both professional filmmakers and amateurs, enthusiasts of cinema. The pillars of its activity are the Gdynia Film School, Studio Cinema, as well as film festivals and events. Thanks to the extensive program, it is Gdynia where the Polish film community integrates. Cinema enthusiasts can learn new skills and share experiences. 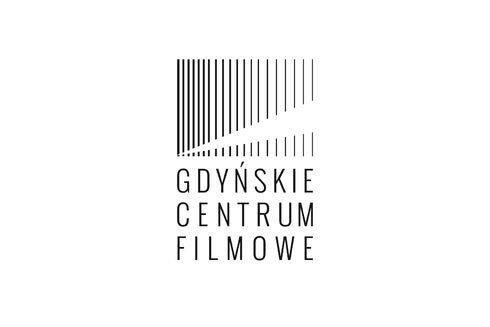 Gdansk is a special place on the film map of Poland. It is a modern metropolis open to changes and new ideas with a wide cultural offer and an attractively located tourist and educational center. It is one of the largest cultural centers in northern Poland. There are several theaters, an opera house, a philharmonic hall, seven cinemas and a number of other cultural institutions. Thanks to this, the city is an excellent location for a comprehensive forum of cinematography aimed at young viewers.

Cinema in Sneakers (Polish: Kino w Trampkach) is an annual film festival for children and youth held in Warsaw, Poland since 2013. There are few categories of movies presented during the festival. All films have age recommendations. The audience is presented with all kind of motion pictures: live-action films, documentary films, animated films, experimental films, all ranging from short to feature-length films.

During the festival there are film competitions. The winners are chosen by a Children's Jury and a Youth Jury. There are also audience plebiscite. The film festival Cinema in Sneakers consists of many different events. Beside watching movies, participants can participate in exhibitions, meet with festival guests, and attend workshops aimed to develop their media competence. The main award of the festival is the "Film - Wanderer" award.