Croatia joined the Young Audience Award in 2015 and has since then participated with its capital Zagreb. In 2022 film jury members will watch and discuss nominated films ONLINE.

The city of Zagreb is capital of Croatia and largest city in the country. It has a rich history and a lot of interesting stories to tell. Zagreb was developed on two hills overlooking the Savariver, Kaptol and Gradec, which were united in 1851, after years and years of disputes among their inhabitants. When in Zagreb you could take a walk in the so-called “Green Horseshoe” – a line of eight green squares created by Lenuci in the Lower Town and ride the shortest funicular in the world to visit Upper Town and the museums located there.

In the winter you can enjoy the slopes on the mountain Medvednica and in the summer you can cool down in two lakes just 20 minutes from the city centre. Zagreb is very green and has a lot of parks. One of the most famous parks is Maksimir where you can take a walk, rent a boat on the lake and visit the beautiful Zagreb ZOO. Zagreb is a centre of culture and art offering theatres, museums, galleries, concerts and festivals. 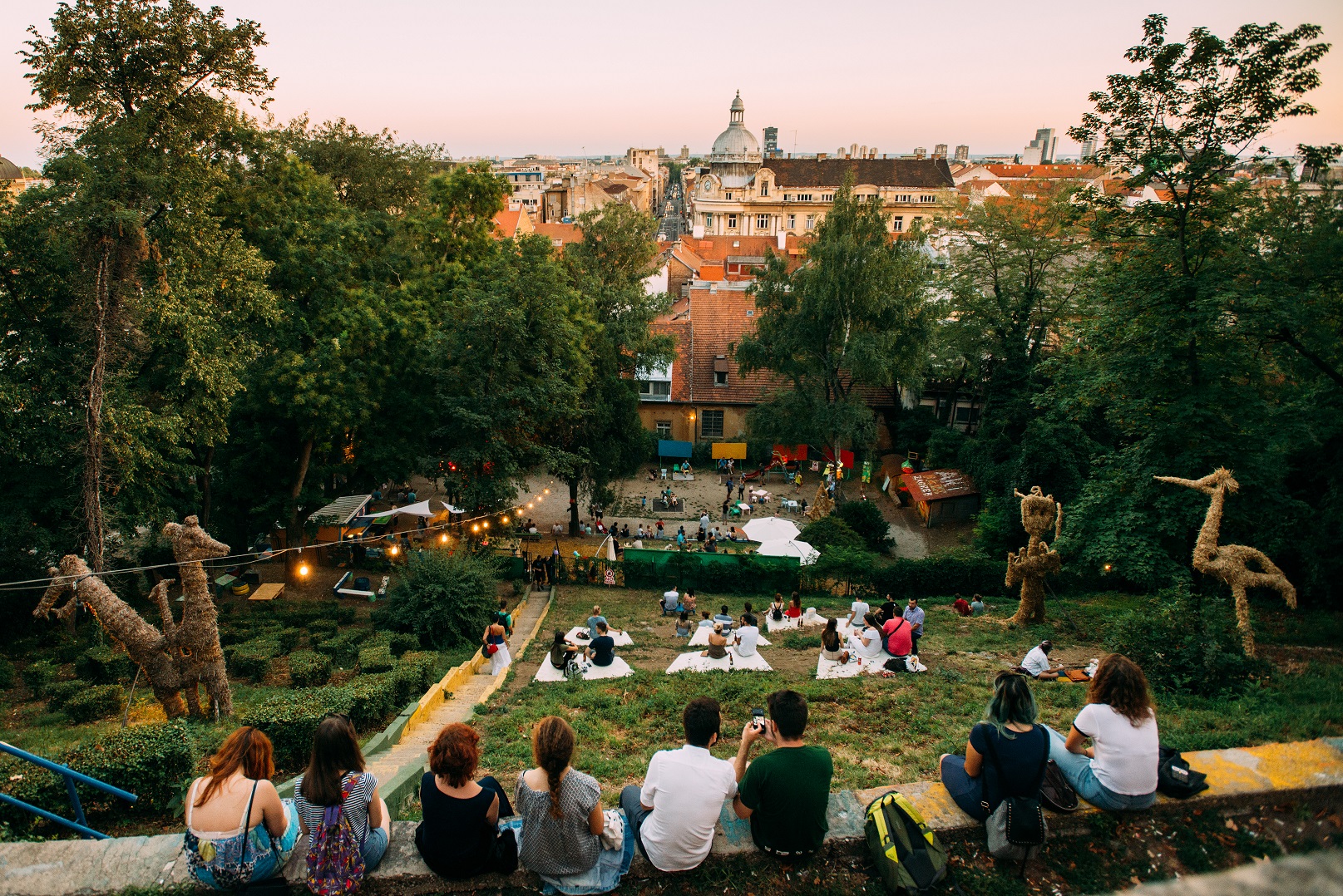 Zagreb Film Festival is one of the central and most visited cultural events and the largest international film festival in Croatia. In 2015 it launched the making of an International Film Festival for Children – KinoKino. Inspiration for this project came from a CINEMA as a multi-use space, where all rooms aside from the screening theatre can be used for learning, hangouts, discussions, exchange of experiences and entertainment, which is what makes a cinema an important cultural and social meeting and exchange point.

The organisational and creative team of Zagreb Film Festival in 2015 has launched the making of an International Film Festival for Children – KinoKino. Inspiration for this project came from a CINEMA as a multi-use space, where all rooms aside from the screening theatre can be used for learning, hangouts, discussions, exchange of experiences and entertainment, which is what makes a cinema an important cultural and social meeting and exchange point.

Vrti svoj film is the first educational film platform for young audiences in Croatia, available throughout the school year to all schools, in all parts of the country.

The platform offers a varied selection of film titles together with structured methodological materials and assignments for teachers and pupils, applicable during film analyzes in the classroom.
Three program units – focused on film literacy, Croatian animated film and contemporary titles – are enriched with a variety of film genres, types and styles: from lavish animated, documentaries, to awarded classics and contemporary features.

Firstly, created with the aim to facilitate distance learning and to provide access to quality film content to young audiences in times of pandemic, the platform Vrti svoj film has become an essential educational tool for more than 200 schools in Croatia, including those in under developed parts of the country who don’t have access to film theatres and quality film in their locals communities. The platform was launched in 2021 to promote film literacy and personally engage with film from a critical, aesthetic, emotional, cultural and creative perspective. In 2022 Vrti svoj film was awarded in the competition MIXX Awards Croatia as Best website.