YAA in Slovakia is organized by NGO Boiler that is also the main organizer of networking and educational platform for emerging film professionals, students with a major in film, media or audiovisual studies and (of course) film enthusiasts – Visegrad Film Forum.

NGO Boiler has started co-operate with some other arthouse cinemas and institutions in Slovakia from 2021. Therefore YAA in Slovakia will cross the borders of the capital city Bratislava to other Slovak cities Košice, Poprad, Kežmarok and Hlohovec.

Bratislava is a small capital city in the heart of Europe. It is the largest city of Slovakia, occupying both banks of the Danube River and the left bank of the Morava River. The beautiful Danube, flowing from Germany to the Black Sea, divides city into two parts – the historic centre and Petržalka, the biggest housing estate in the whole of Slovakia. Bordering Austria and Hungary, it is the only national capital that borders two independent countries.

Visegrad Film Forum (VFF) is a networking and educational platform for emerging film professionals, students with a major in film, media or audiovisual studies and (of course) film enthusiasts.

VFF's basic idea is to create a space for crossing the borders of the audio-visual area of the European countries. We are a platform for open dialogue and through dialogue - sharing and exchanging innovative experience - we aim to strengthen the co-operation among young film professionals. 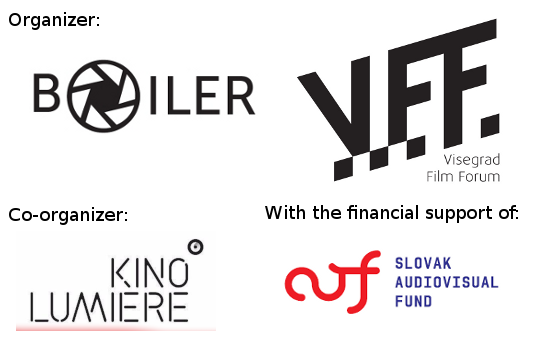