St. Pölten is the capital of Lower Austria and one of the country’s oldest cities—the area was already populated in the Stone Age. The city has many historical buildings to offer, ranging from baroque churches to castles. There are several theatres and museums as well as the Cinema Paradiso, a charming repertory cinema. The city is part of the Mostviertel, an area that is rich in lush meadows and fruit trees. Not far from St. Pölten lies the Wachau, a beautiful valley that was formed by the Danube and is part of the UNESCO List of World Heritage Sites. Here you can find impressive castle ruins, go to a Heuriger (as the taverns are called here) and taste apricots.

Besides the beautiful landscape, the state of Lower Austria is well known for many cultural events and festivals, which include music, theatre and performing arts. In the town of Laxenburg, the Filmarchiv Austria administers Austria’s largest film collection—the repositories hold 205,000 titles. Lower Austria is also very popular with filmmakers: 116 productions were realized here in 2017.

Vienna is the capital of Austria and is located on the banks of the Danube river. The city has a very high quality of life and is renowned for a magnificent historic cityscape and a wide range of cultural activities / cultural life. When it comes to Vienna, you might have heard about the famous white horses dancing the waltz, better known as the Lipizzan ballet of the Spanish Riding School or about the “Wurstelprater”—a modern adventure world with its Giant Ferris Wheel or a dish called Wiener Schnitzel where the slice of meat is bigger than the plate. Apart from the clichés that come to mind, Vienna is not only a hot spot for classical music, museums and art but also a big film city noted for many different cinemas, a large number of film festivals, buzzing with open air screenings in the summer and attracting international film productions like MISSION IMPOSSIBLE 5. Famous films that were shot in Vienna include THE THIRD MAN and BEFORE SUNRISE.

In Austria, there are about 45 film productions for cinema release per year. The Vienna Film Academy provides academic training for future film directors and producers. Thanks to the Film Archive Austria and the Austrian Film Museum, Austrian film jewels are retained for future generations, and if you believe in Wikipedia, we also had the the world’s oldest cinema, the Erika Cinema.

Founded in 2009, the Austrian Film Academy has made it its task to promote and acknowledge the achievements of Austrian filmmakers, to share their concerns and communicate them to the general public. Its current Presidents are Ursula Strauss and Stefan Ruzowitzky, under the leadership of 12 board members, it presently (March 2018) counts 505 members. The Austrian Film Award, which was created by the Academy and was awarded for the first time in January 2011, showcases the achievements of the local film industry in our own country too.

The Award Sculpture was created by the renowned Austrian artist Valie Export. 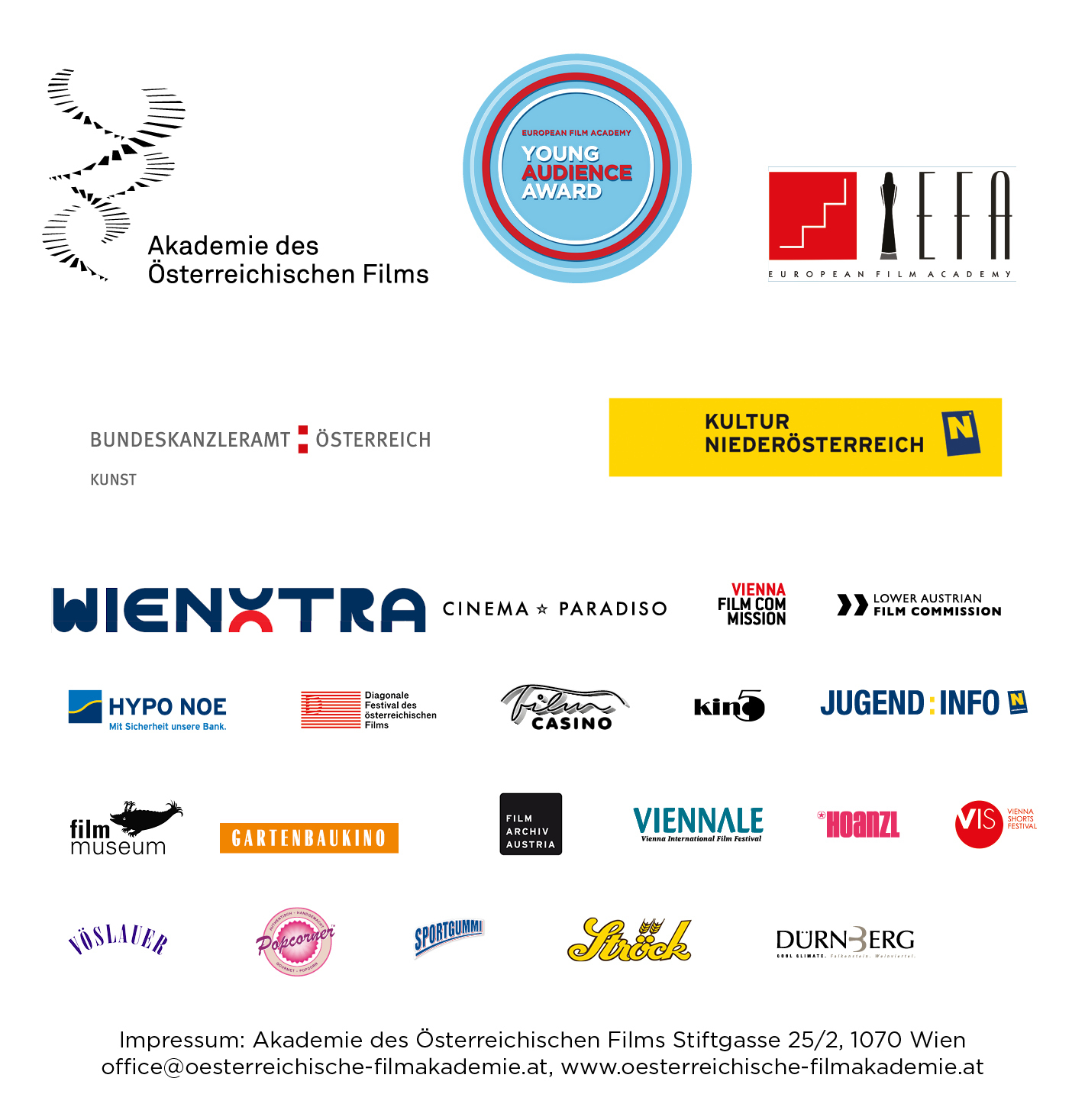